“For I decided to know nothing among you except Jesus Christ and him crucified. And I was with you in weakness and in fear and much trembling, and my speech and my message were not in plausible words of wisdom, but in demonstration of the Spirit and of power, so that your faith might not rest in the wisdom of men but in the power of God.”

I call that passage 2.2 on account of the fact that the condensed broth version amounts to, “I decided to know nothing among you except Jesus Christ and him crucified.” That’s the meat of it.

Is it a mystery? I suppose so. How such things apply to one’s personal life at this very moment suspended in time is one of the mysterious and magical things about the Bible. And by “magical,”  I simply mean the Divine and miraculous star stuff of sparkles, glitter, and fairytales.

There is a somewhat amusing backstory to my forever harping on the “magical sparkles.”  Somebody challenged me once,  demanded to know how I was so certain I was hearing from God when I was reading the Bible. So I said, “Oh, because He sparkles!” It was quite funny on account of the fact that I realized as soon as I said it how irrational that sounded. Not only did that guy not speak my language, he didn’t speak any spiritual language at all! So I stood there helplessly wiggling my fingers in the air like glitter and saying, “You know, sparkly.”

Poor guy will probably never speak to another Christian as long as He lives. Or you never know, perhaps I planted a seed.

So what does it mean, how is it applied to me right now when the Bible speaks of how, “I decided to know nothing among you except Jesus Christ and him crucified?”

It means I fully reject all forms of cancel culture. It means I stomp my foot and insist that our unity is to be found at the foot of the cross and not in social identities or politically correct thought or tribal allegiances. I am not running about doxxing people, unfriending them, rejecting them, or retaliating against them in some way simply because I disapprove of their politics or ideals.

Cancel culture is very, very fashionable these days, but it is just as wrong headed as ever. There is nothing new under the sun, we’ve just given it a fancy new name and made it seem virtuous.

Those are actually some really bad and really powerful forces at work in our world right now. Constant divisions along tribal lines and identity. Separate, divide, and conquer. That’s a “no,” from me. I ain’t playing.  “I HAVE decided to know nothing among you except Jesus Christ and him crucified.”

Ha! I do however, have a snooze button in my newsfeeds and a pair of ear plugs. I refuse to divide, I refuse to define people by their perceived and practically mandated identities. No. Our identity is in Jesus Christ. “I know nothing but Jesus Christ and Him crucified.” 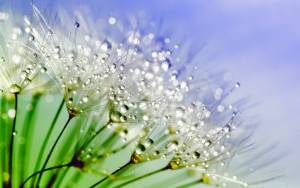 27 thoughts on ““Jesus Christ and Him crucified””