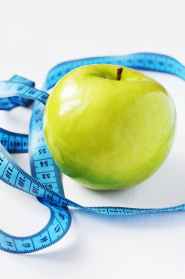 Quite serious here, but I don’t believe in hatred. It doesn’t exist. It’s not real. It’s a deception, a fantasy, an illusion. This puts me a bit at odds with some people who have erected idols to “hatred” and now perceive it as a load bearing wall, foundational to their entire ideology.

Also, it’s foundational to their very equilibrium! If you want to be part of the ingroup, you have to prove you aren’t a hater. If you step out of line, we’ll call you a hater and then you’ll be sorry.

The dictionary speaks a tiny bit about how hatred is nothing more than manipulation. It says, “hatred is a feeling. It can cause an angry, or resentful emotional response, which can be used against certain people, or ideas.”

Hatred is actually a form of manipulation. It is powerlessness. A grown person does not have to engage in green bean hatred and distain, reviling the very beans themselves, fearful somebody is going to make you eat them, because a grown person has power over what they choose to eat.

This “not believing in hatred” also puts me a bit at odds with some Christians, some who say, “well, we should at least hate sin!” C’mon you hate pedophiles, don’t you? Shouldn’t we  pray imprecatory Psalms over bad guys? No to all of that, and I’m going to tell you why.

Hatred is simply the flip side of love, it is intense, heated, and passionate feelings of  (usually) anger, fear, rejection, disconnection, and separation. It requires even more emotional work to hate somebody then it does to love them, but it is the same kind of work, an effort to form a connection and relationship.

When I hate sin, I’ve needlessly tied myself to it.

Remember, hatred doesn’t keep something away from you, it brings it closer, it invites it in, it demands your energy. Somebody busy hating on green beans is going to be far more invested in green beans then somebody who has ambivalent feelings about them.

I really believe the truth of what Jesus said while on the cross, “Father forgive them for they know not what they do.” If anybody could push your buttons, provoke your hatred, it would be those involved in your torture and execution. However, that is not how Jesus responded at all.

Besides Divine grace, incredible mercy, unending love, there is more behind His words, too. It’s a declaration, “they know not what they do.” They are clueless. They are unqualified to hate, unworthy to hate, so confused and deceived they don’t even understand what “hatred” is or even what it isn’t.  They do not grasp the larger picture, they cannot see the significance of their actions, they know not what they do.

So, a lot of people like to bring up Bible verses about hating evil and hating what God hates. See, hate is real! It’s even Biblical! Don’t you just love people? We have a bazillion verses about the dangers of fear about the importance of love, but we like to zero right into what we perceive as Biblical permission or even a Biblical mandate to hate something, anything! Okay, so let’s be hating on evil.

The problem being, the best way to poke evil in the eye with a hot stick is to love Jesus and to love His people. That is how we hate evil and cling to what is good.