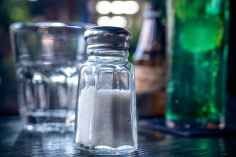 I pick up on this a lot, on FB, Twitter, and in the blogging world. Wounding caused in Christianity by what we shall call, “faith shaming.”

I’m just going to rebuke all that today, pour some salt over those wounds. No wait, that would probably sting. Of course, it would probably also kill all the germs and prevent an infection?  Hmmm.  Just kidding.  Metaphorical salt, y’all.

I reject and rebuke all of that poison, I  allow for it to all just wash away and circle the drain. I’m so sorry if anyone has picked up those poison darts and they stuck to you.

So I’m going to assume that faith shaming comes from being told you aren’t good enough, you haven’t got enough, you just need to pray harder or try harder or give more. (I love that “pray harder.” Like what, yell, scream, break a sweat? God needs to know you’re really serious or something?) Wounding that comes from that place of, “Oh well, I guess your faith just wasn’t strong enough. You’ve failed. If only you had believed harder.”

Those are all words that are evidence of human flaws, not Godly ones. That is the nature of human beings speaking the wrong words over us, not the nature of God. When Jesus says, “oh ye of little faith,” that is a term of endearment. That is stating the obvious with great affection. “Doubting Thomas” is also a term of affection, of familiarity. Jesus doesn’t rebuke Thomas for his doubt, He reveals Himself and lets him place his hands in His wounds.

Something that always gets me about the lack of logic with atheists, if something doesn’t exist, you can’t doubt it, you can’t disbelieve it, and you can’t disprove it. Do I go around trying to prove there’s no such thing as unicorns? No, because in order to do that, I’d have to entertain the idea that unicorns might be real and posing some kind of threat. It would become my job to run about disproving the existence of rabid unicorns. To do that, I’d either have to be crazy or in denial about their existence.

All in good humor here, both being crazy and being in denial are distinct possibilities, but exceedingly unlikely in this case.  I have zero faith in unicorns, therefore I am rather certain. The opposite of faith is certainty, not doubt.

All in good humor here, but one thing I can tell you about atheists, they are always so darn certain about everything. The opposite of faith is always going to be certainty, not doubt.

Faithfulness is also a fruit of the spirit. It is a gift from God. We do not conjure it up entirely by our own effort. He gives it to us. It is a fruit that comes from allowing His Spirit to work within us. Much like I believe He calls to us, He invites us into a relationship, He initiates and engages our faith.

In the Bible numerous people were either in outright rebellion or in a state of complete disbelief, doubt, and despair. Some were even like, “just kill me now.” Some just laid down on the ground, gave up, and had to be fed by the birds. But they were fed by the birds. The Red Sea parted. Jonah went to Nineveh. The Israelites made it to the Promised Land.

God can get us where we are going without our cooperation, without our faith, and without our belief. We are not powerful enough to thwart His plans. However, we may not like it! I mean, the journey may be much more unpleasant without our cooperation, but we will still get there. His will trumps all. Faith, trust, belief are all about our own comfort level, not about whether or not God’s plans come to fruition. We are called to participate, invited to partner with Him. Faith is a beautiful gift, but it isn’t something we just manifest exclusively on our own.

We cannot just manifest it on our own. Therefore we can’t fail to manifest it. We can probably resist, struggle, and fuss, refuse to allow it or perhaps fail to let the Spirit work within us to produce it. But it is not exclusively in our hands.

Love that word “let.” God says “let” there be light and there was light. So simply let or “allow” God to give you faith. Always, always, easier said then done.

I do believe that faith greases the skids, it creates some spiritual comfort, it enables more blessings to come into our life. It’s a good fruit to allow to grow. But that doesn’t mean doubt, fear, disbelief are epic fails that count you out.

This faith shaming thing is so not a part of my world, not a reality I live in, not even on my radar at all. So I can sometimes say things like, “well, that shows a complete lack of faith,” because it does show exactly that and I know there is a tree full of faith fruit available right over there. So if you’re hungry,  go eat! Obviously this is not very sensitive to those who have been wounded by faith shaming, those who have falsely  been led to believe, faith is something they must manifest on their own, kind of like God’s currency, or their ticket into His favor.

We already have His favor, even in our doubt, distrust, and disbelief.

My faith was actually born of despair, disbelief, complete hopelessness, and a willingness to actually go there, to take it to the cross. That’s how we work out our faith with fear and trembling, by being “willing to go there.” It breaks my heart that people in the church are faith shamed, as if not having faith is some kind of shameful thing, a grave sin, and so we think we must wear masks and pretend to be faithful and defend ourselves.

I have no such defense. I’ve been totally without faith. Praise the Lord, He has all we need.

****Don’t yell at me, I’m not talking about the cornonavirus and the pieces of cloth some are choosing to wear on their faces. No passive aggressive subtexting intended. I mean masks of fear, masks of shame, masks of defensiveness. Strongholds.