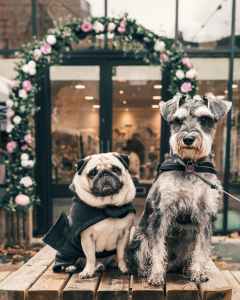 So, I also affirm traditional marriage, I believe marriage is a smaller or perhaps a more material reflection of Christ’s relationship with each of us and with His church.  So Christian marriage is sacred, it is representative of so much more than just a relationship between two people.

I’ve also seen way too much sexual abuse of children, children groomed into a sexual relationship by predatory homosexuals. That truth is the invisible pink elephant lurking beneath the LGBT lobby that nobody wants to discuss. I can actually set aside religious values,  but I can’t set aside the pain of so many betrayed and exploited children, many whose stories I’ve actually heard.

Now that we’ve got that settled, I just groaned at the Church of England affirming traditional marriage. This is the church pretty much formed by Henry the 8th so he could divorce Catherine of Aragon and marry Anne Boleyn, whom He eventually beheaded. He had six wives, numerous mistresses, and was rumored to be a homosexual, too. So, like Henry the 8th affirms traditional marriage, say wut?? The guy is absolutely legendary for not honoring Christian marriage and for beheading his wives!

I don’t intend to point fingers exclusively at the Church of England, I’m just saying that’s a really big pink elephant and it totally baffles me why anyone would be so bold as to take one look at the church and just revoke their authority on any and all moral matters?

That’s just sarcasm, I really mean, why would anyone care about what the Henry the 8th church has to say about traditional marriage???! And never mind homosexuality, those weren’t  gay people being divorced, cast out, or beheaded, those were all women. I’m not so sure Catherine of Aragon and Anne Boleyn are looking down and celebrating this alleged moral victory.

My greater point in all of this is that the church overall, the church at large, has lost her moral authority, her influence, her appeal, primarily becasue of a complete failure to stand up for what is right, for covering up big issues by just draping a paper towel over them and pretending they don’t matter. We’ve done this all throughout history and we do it in modern times.

I love how the Bible tells us “blessed are the peaceMAKERS.” We make the peace. That’s an entirely different thing from being a peacekeeper. A peacekeeper tends to snuggle up to power, drape a paper towel over the mess, and tell those who have been harmed by these epic failures, to just shut up and forgive. Peacekeepers tend to just sweep everything under the rug and hope it all disappears.

Blessed be the peaceMAKERS, those who drag those pink elephants out into the sunlight, those who insist we confront the truth, those who stand up for the least of these.

Photo by Mike on Pexels.com

16 thoughts on “Henry the 8th and the Pink Elephants”