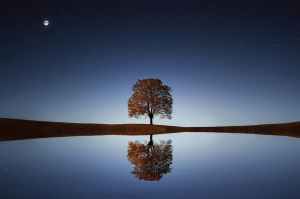 With all good grace and humor, I have actually been stalking Danny Silk for some time now, prowling around in the rose bushes, offering some encouragement and enthusiasm for his latest book, “Unpunishable, Ending our Love Affair with Punishment.”

Why? Because I think it is a discussion we really need to be having, one that is long past due. A bit funny because many of those discussions have been happening already, sight unseen. There is nothing quite like having a great, heated, book discussion with people who haven’t even read the book yet.

Ha! Actually, I would normally just call that, “a Bible study.” Don’t yell at me, y’all know it’s often the truth…..

So, the very fact that Danny Silk’s provocative title has caused so much resistance, so much concern, so much fear, has only convinced me to double down, to insist that we do indeed have a love affair with punishment, and that much of what is wrong in the world is rooted somewhere in there.

D Patrick Collins has come back from his travels and has now written two essays outlining some of his concerns, in a thoughtful manner. Here they are for your perusal, “Unpunishable, Hell and Wrath” and “Unpunishable: Part 2” All in good fun here, but we shall just call him, “the loyal opposition.”

First a moment of solidarity, some agreement. The “alleged wrath” of God is linked to the power of God, to the authority of God. Why do I say “alleged wrath?” Because it is an old testament term, a woefully inadequate word based on human subjective experiences with the Divine. I am all about the power and authority of God. The wrath of God, as in anger towards us, not so much. I think that’s all wrong and it grants us power, control, we just don’t have.

The purpose of those words in the Bible was not to convince everyone that God is a grumpy old man, wrathful, out of control, angry with us, and prepared to mete out harsh punishment on a whim. And yet, that is indeed what many believe, and no matter how deeply buried, you can still see it in their fruit.

I just love a good storm, to see the waves crashing, branches falling, the wind roaring, the angry skies open up, and the wrath of the Lord pour out of the clouds. One of these days I shall be swept away for sure, but you’ll notice that the words that I have used are all about allegory and metaphor. It is highly unlikely that God sent a storm because He was filled with wrath towards me and having a Divine tantrum, and certainly not a storm that is sure to just delight my entire soul. I however, have no other words but “wrath, anger, and roaring,” to describe the immense power and authority hidden in the wind.

That is very similar to how the prophets of old tried  to describe events and the nature of God using human terminology and references. It’s all we got to work with, but it doesn’t do God justice, nor is it intended as a literal description of His feelings towards us.

Do I think we are sometimes in danger of presenting Jesus exclusively as the gentle Lamb, the non threatening Babe in a Manger, and forget that He is also the King of Kings, the Lion of the Tribe of Judah? I do! We have a tendency to want to make God smaller, safer, more manageable, safely tucked within our comfort zones. That is the other extreme, the other side of the road where there is a ditch, also.

Religious people, quite a few of them, tend to separate Jesus from God, almost as if they were two completely different beings. The Father kills His only Son in an act of horrific wrath, all because He is mad at us. Cosmic child abuse and it’s allegedly your sin that made God mad. Or else the really pagan version, Jesus as the virgin sacrifice to the angry volcano god. He gave up His life to protect us from His mean Father.

You can laugh at these ideas and dismiss them, but I assure you, I’ve spent the last five years getting screamed at and eventually banned and blocked, often by pastors teaching and preaching those very things. Dozens of them.  In fact, I’d say it’s more common than not!  It’s a bit comical, because if you serve this God of wrath who thrives on revenge and punishment, odds are pretty good you are going to reflect that same behavior yourself. Trust me, they do! I have the bruises. We do tend to try to remake God into our own image, rather than letting Him remake us into His.

So I’ve spent a great deal of time researching this problem, mostly because I am a complete moron. And I haven’t done it once but over and over again, because that  truly is the definition of insanity. Also, apparently the whole notion of rewards and punishments doesn’t work very well on me. When you come from a chaotic background with a lot of abuse you just learn really quick that no good deed goes unpunished, anyway.

The punishment paradigm we often try to live with in the world around us is a totally man made paradigm. We want sin punished and good people rewarded. We want to feel a sense of control. Then the most virtuous man you know gets stricken with MS and the bad guy has a rich uncle die and leave him a million bucks and people just lose their whole faith. That is because we make idols out of our own love affair with punishment. We totally do not reap what we sow in that manner. God does not live within our man made punishment paradigms and the entire Bible presents evidence of this truth.

John 4:18 tells us, “There is no fear in love, but perfect love casts out fear. For fear has to do with punishment, and whoever fears has not been perfected in love.”

We want good works rewarded, grace handed out to the worthy, but withheld from those we don’t approve of. That’s just human nature, that speaks to our need for control, but it is not what Jesus taught us.

Jesus did not come to punish us for our sins. John 3:17 says, “For God did not send his Son into the world to condemn the world, but to save the world through him.” Nor did He come to protect us from His wrathful Father because they are one. John 1:1 tells us, “In the beginning was the Word, and the Word was with God, and the Word was God.” This false, perceived separation between the Father, Son, and Holy Spirit, does so much damage to our own relationship with Him.

Has anybody ever heard of triangulation in psychology? Well, I about fell over, not sure whether to laugh or cry when I discovered that we actually try to play out that very same dysfunctional dynamic within the Trinity!

It’s not a “theological over reach” at all to let go of our love affair with punishment, it’s actually the whole gospel. Punishment and wrath are not the most powerful forces in the world, love is, and God is love. Jesus came down, the Word made flesh, to help us understand these truths. It is not God who sees through the glass darkly,  but us.

I did not willingly let go of my love affair with punishment, it took a lot of meditating on the woman with the perfume, the nard. The Bible says, “This is the reason why I tell you that her sins, her many sins, are forgiven–because she has loved much; but he who is forgiven little, loves little.” Grace is very reflective. We ourselves can only receive what we are willing to extend. And we can only extend what we are willing to receive.

Our desire for condemnation, for revenge, for punishment, against ourselves and against others, separates us from God. As Danny Silk has so often taught there are really only two states of being, love and connection or separation and anxiety.

Separation and anxiety are the default. Jesus is the love and connection. There is no in-between. 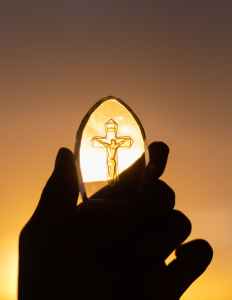 Photo by Italo Melo on Pexels.com

18 thoughts on “Ending our Love Affair with Punishment”