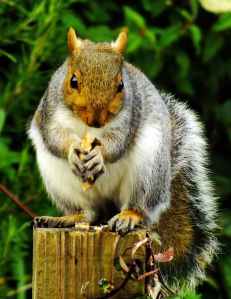 What an odd thing to say, what a backhanded compliment, but I truly would like to thank Pastor Doug Wilson and a few other sad sacks from the Christianese twitterverse, people who have totally repulsed me, who have just sent me careening down the hill at full speed driving the crazy train.

I wanted to know “why” the world had gone crazy, “why” the church was so reviled and hated, “why” there were such deep divisions, “why” people were deconstructing their faith. And perhaps in a more personal way, “why are liberals always so angry?” Well, “seek and you shall find, ask and you shall receive.”

It’s been an interesting journey, one filled with so many accusations of heresy, blasphemy, endless hate mail and threats to notify either my husband or my pastor about what a horrible person I am.  (Side note here, but shhhh, I think they probably already know.)

I really like the Twitter bunch the other day who declared that the, “alleged sanctity of the pulpit” would be better preserved if the office were held by a pedophile rather than a woman. Besides the bone crushing, soul rot of such comments, in a moment of irony I thought, and that seems to be precisely what you have created. Congratulations.

Let me tell you, if I’ve been on the receiving end of all this “Christian love,” others have experienced it ten fold, have had it wormed into their consciousness so deeply, God Himself will have to reach down and pluck it all out.

It wasn’t until I read Wilson’s words today that it all clicked, his posting of a speech he did at the ACCS conference in Atlanta called, “Arrogance and Humility: Worlds in Collision.”

I am so, so grateful the world actually is in collision, that the world is in rebellion, that the culture has lost it’s darn mind, because what they are rejecting is such a cheap counterfeit, such a dark and ugly imposter, such a sour bit of leaven that has somehow wormed it’s way into Westernized Christianity.

I love the fact that there are Christians who care about human rights, care about social justice, care about how other people are treated. I hate that the SBC, or those often affiliated with it, have allowed so much racist, misogynistic crap to just slide on by like it’s somehow okay, like if anyone objects to outright abuse, it’s just because they obviously hate God and God’s word.

People don’t hate God and God’s word, people hate the unkindness, the bullying they’ve experienced at the hands of Christian people who prop up religion as institution. Most people don’t even know God and His word!  They’ve been too busy listening to your ugly words.

Wilson, always the wordsmith, said something I really liked, although not in the way he intended at all. It’s supposed to be a Very Bad Thing, a very bad thing indeed, but it made my soul skip a little quickening of joy much like Baby John once did a flip while he was curled up in Elizabeth’s womb. Wilson said,

“But in our postmodern times, we are standing on the very lip of the Void, and it is a trembling lip that is about to give way underneath us. This is the abyss. This is the way of madness. This is a culture-wide delirium, a culture with no categories—we are uprooted trees, restless sea foam, clouds without rain….”

Three cheers for the lip of the void, for the abyss, for the way of madness, for that is where God truly lives and shines and does His very best work. I should know, I am after all, insanitybytes.

Be an uprooted tree, a restless bit of sea foam, a fluffy cloud without rain, just be your glorious self and remember that God is love. It says that in the Bible. That means it is biblical. Also, God is a person, the personhood of Jesus Christ, not an institution, not a set of political beliefs, and not a bunch of narcissistic Christian leaders who wouldn’t know the first thing about humility if it jumped up and bit them on the behind.