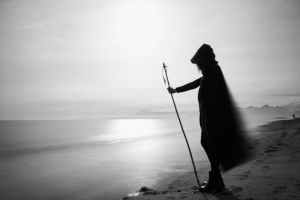 Photo by Engin Akyurt on Pexels.com

There’s a song called “Maybe its okay if I’m not okay” by We are Messengers. I just love the song, in fact I really love all their songs  The thing is, every time I hear it I think, you know what else is okay? To just be okay. Seriously, it’s okay to just be okay.

That seems like such an odd thing to say, but I’m going to say it anyway. We seem to be living in a culture that just doesn’t want to let you be okay. Everyone must be suffering from some kind of issue, some kind of affliction, some kind of distress, some kind of victimization, and if you aren’t it’s almost like there’s probably something wrong with you.

True story, I really should be trapped in anxiety, post traumatic stress, brokenness, depression, addiction, eating disorders, fear, extreme poverty, self pity….and incontinence. I mention the incontinence simply because every pharmaceutical ad ever made always lists it as a side effect.  Sometimes it seems to me as if we people are just becoming a walking, talking pharmaceutical ad of scary side effects.

Is life often so scary it makes you want to wet your pants? Yes! We’re probably all incontinent on some level.

I’m chuckling here, but I assure you I don’t “suffer” from any afflictions, I try to enjoy every moment of them, because the Lord heals, because He has taken away the sins of the world, because He is seated in victory at the right hand of the Father, because who the Son sets free is free indeed.

I should be a total trainwreck…….but I’m not, because God. He just changes everything.

So much of what troubles us in the here and now is so small, so trivial, it doesn’t even matter. Compared to eternity, compared to the riches of His glory, so much of what worries us now is just vanity, fear, molehills we’ve dramatized and made into big mountains. Don’t get me wrong here, I do it all the time myself, I panic and react, I over think, I take the personal, personally, and I often wail in despair. That much is true, but true too is the knowing, the part where I am absolutely certain it is just a thing and that this too shall pass. Six months from now it won’t even matter. Okay, so sometimes it takes a few years, but you get the point.

Hubby’s been critically ill, but he’s getting better now. Our lives have just suddenly changed, everything has now shifted. Kind of ironic, my last blog post a few weeks ago was about being “engaged in some stuff, some really good stuff,” which is a very odd thing to say when your hubby is in the ICU and you are sleeping in a chair. All I can say is, yes, but God. The Lord just takes what is scary and makes it all better. He plants pearls in your cesspool. He hands you beauty for ashes.

I told hubby this perfect storm  is simply going to be the start of the best thing that ever happened to us.  I know this because I have the Lord’s favor and He told me so. Not only is hubby’s health now improving, his skepticism is too.

Photo by James Wheeler on Pexels.com