Photo by Trinity Kubassek on Pexels.com

Cost effective, Venn diagram drawing, mechanical forgiveness based on rules, flow charts, and diagrams, just makes me throw up in mouth a little bit. It reminds me of butter indulgences, of the reformation, of filing your paperwork in triplicate, and paying your sin tax in advance, so you can eat butter on fasting days with a clear conscience. The “mechanics of forgiveness” just makes me think of drinking used motor oil. Blech.

It’s just all wrong-headed, wrong hearted, wrong. I’m going to laugh too, and pull rank here, on account of the fact that I cannot post even the softest protest on any of those four blogs on account of the fact that they have all blocked me. So like, if you can’t even engage in the softest discussion with people you might disagree with, you have no business preaching and teaching about forgiveness. Apparently, it is just not your strong suit.

It is actually, mine.

And right on schedule, with perfect timing, word for word, in what can only be said to be downright prophetic, Pastor Wilson actually writes a post called, the “Mechanics of Forgiveness.”  Spooky! Did I not just complain about that very thing?

So what’s my beef, my complaint? Grace is a way of life, not a transaction. Forgiveness is a state of being, not a gift to be wrapped up and presented or doled out in a stingy economic exchange. Forgiveness is not about who broke a rule and who incurred a debt. If you are keeping a record of wrongs, slights, and sins, and constantly engaging in some kind of economic exchange with others, you’re doing it all wrong.

The weight of all the paperwork alone is going to crush you.

Pastor Wilson says, “Suppose you get in a quarrel with someone, and in the heat of your temper you call them an insulting name. When you go to them to put this right, the debt that you owe is the obligation that you carry to seek that person’s forgiveness. “Will you please forgive me for calling you that name?”

No, no I will not, and here is why. Your quarrel is not with me, your sin is not against me, your forgiveness does not depend on me. It is kind of you to say you are sorry, it is kind to empathize with the pain you have caused, it is healthy to admit your imperfections, but any sin you may have committed is against the Lord, and not against me. I belong to Him. I am actually His investment, His property. I also lack the power and authority to cleanse you of any wrong doing.

Trust me, if you’re insulting people, breaking their stuff, and generally acting like a real lunkhead, you got far bigger sins to worry about then my little hurt feelings. You’ve just attacked someone made in the image of God, they could even be one of His favorite and highly favored daughters. Might want to ponder that one a wee bit. Her disapproval isn’t the one you need to fear and worry about.

By the way, what are Christians doing quarreling with one another, having fits of temper, breaking things, and abusing one another with words?? Never mind, that’s just a rhetorical lament. So listen, just knock it off, tell God you’re sorry, and ask Him to change your heart. Why in the world would you now proceed to burden others with your shame, guilt, and need for forgiveness? Isn’t it enough that they have already endured your abuse? You want to make it up to them, start living right, turn to the Lord, live out your life with a changed heart.

Pastor Wilson than proceeds to say, “In doing this, he is asking the wronged party to make a promise, and the promise being sought is that he will not, on a personal level, hold the offense against the one who committed it.”

Now if that isn’t the dumbest thing I’ve ever heard! You know what Jesus did with Judas? He called him “friend.” He totally, completely trusted him to be….Judas. Exactly as Judas was, true to his nature. And what did Jesus do with Peter? He totally and completely trusted him to be….Peter. True to his nature, true to his own heart. Jesus did NOT say, I’m going to just pretend the nature of these men is not what it really is, engage in some magical thinking, and promise not to bring up their entire history, or speak of them as they really are.

In fact, instead Jesus carefully preserved who they really were, documented it for all of posterity,  and taught us something about human nature and the goodness of God in the process. For all of posterity. For thousand of years. It’s a best seller, too.

As to promises, can you imagine the Lord trying to extract a promise from either of these men? What is that, kind of like a pinky swear or something? He already knows their nature, He knows their future, and His expectations of them match that reality. I adore Peter, Peter is greatly loved and wholly forgiven, but what good would his promise to not deny Christ three times actually be? Pretty much meaningless.

I don’t pinky swear with the Lord. He knows me far better than I know myself. I’m simply not going to make promises or take oaths. Far, far, better to pray for His heart, for His strength, for His transformation.

True, the Lord does not hold our sins against us, does not take them personally, forgets them from the East to the West, as we should all be doing with one another. But there is only one transaction that matters, only one that has any meaning at all and that is the one that says, “as you forgive, so shall you be forgiven.” Not by others, by the Lord.

Or, “For this reason I say to you, her sins, which are many, have been forgiven, for she loved much; but he who is forgiven little, loves little.” As we forgive, so our heavenly Father forgives us. The more you can forgive, the more you can love.

The more YOU are forgiven, the more you will be able to forgive others.

Since God is love, the more you can forgive others, the more you can draw closer to Him. That is why we forgive. “Forgive them Father for they know not what they do.” We step into the shadow of His unmerited favor and it begins to spill over onto others.

These four bloggers are all  focused on restoration as if forgiveness is all about restoring human relationships. That’s all wrong, too. The only restoration that even matters is someone’s restoration with their heavenly Father. There’s some tough words in Luke 14:26. Jesus actually said, “If any man come to me, and hate not his father, and mother, and wife, and children, and brethren, and sisters, yea, and his own life also, he cannot be my disciple.” Yeah, sometimes  relationships might need to fall away.

Paul and Barnabas actually divided, separated, and advanced the kingdom twice as fast. There are numerous biblical examples that clearly demonstrate how the purpose and mission of grace is not necessarily the restoration of human relationships, one to another.

The truth of what I am saying becomes vitally important in abuse situations. Not long ago I had a guy, convicted sex offender, asking me if Jesus forgives how come my sins are still being  held against me? Because you are a convicted sex offender dude, and as such you will never be allowed near children or anyone vulnerable ever again. EVER. Yes, the Lord is full of mercy and grace, yes He can change your heart, but your victims owe you nothing, your community owes you nothing, and the restoration of your human relationships is not what grace is all about.

In fact, that is a total and complete perversion of the whole concept of grace, a manipulation, a distortion, a self-serving economic exchange that perverts the very concept of the Lord’s unmerited favor. A truly repentant heart is not going to be demanding forgiveness and restoration from those they have harmed. Or anyone else for that matter. That is a manipulative tactic.

It  grieves me no end that this stuff is being taught so poorly because the consequences are terrible, and the door that is opened by such false teaching is one that con artists and abusers often walk right through, right into the middle of our churches, with tragic and well documented results. 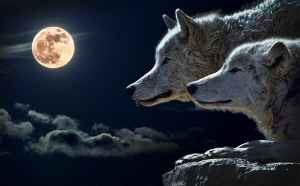 24 thoughts on “Neither Mechanical Nor Transactional…”