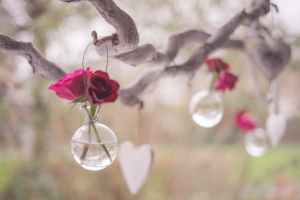 Photo by Skitterphoto on Pexels.com

Breaking up is hard to do. Once I got mad at my husband and was just done, stick a fork in her, she’s had enough, packing up and running away. So we’re arguing and I’m vehemently tossing things in my bag when he suddenly says, why are you packing my things too? I looked down and I realized I was taking him with me. I had carefully placed his pajamas and extra sweatshirt in my bag.

It was a funny moment, my head was clear, my heart was furious, and my hands were just off doing their own thing. You can get that way in the heat of the moment, mind, body, and spirit, going in 3 different directions as if they don’t even know each other.

I’ve done something very similar in my relationship with the Lord a few times. I call it divorcing Christ. I’ve ripped my cross off, thrown it out the car window, that’s it, we’re done. I am totally out of here. It’s a bit funny to inform an Omnipresent Being that you are “out of there.” Not exactly rational.  I love John 6:66-68 because it speaks to the same thing. Many of the disciples had fallen away and Jesus says, Will ye also go away? And Simon Peter says,  Lord, to whom shall we go?

Precisely. Where exactly do you presume you are going?

So after I divorced Jesus Christ, I spent a couple hours explaining to Him exactly why we were breaking up. What can I say,  I’m Italian, that’s called the silent treatment. If I’m not talking with my words, I’ll be talking with my hands, explaining exactly why I’m not speaking to you anymore. Eventually I calmed down, repented of losing my cool, and the Lord simply said, I’m going to need you to carry a back up cross. Two of them.

It still makes me laugh, you’re just two-crosser. Not a double crosser, something entirely different, a two crosser. You simply need two spare crosses, in case you rip the first one off and then do it again for good measure. It’s okay, you now carry two spares, ye fickle thing, you.

I can speak of such things in a light-hearted manner because over time I have come to learn that my faith is not really in my own hands at all. I’d love to tell you, I simply rationalized my way to faith because I’m very logical and wise, but that’s simply not my story at all. I sometimes say I was a reluctant child of God, meaning quite skeptical and not exactly cooperative. There’s a part of me today that really believes the Father will simply have who He wants to have, with or without our cooperation sometimes.

Freewill certainly plays a role, but we are simply not on our own. I think we just miss that truth in faith sometimes. We act like we ourselves totally define all the relationship parameters. It’s really more of a two-way street and God is simply better at it then we are.

I mention this in the context of atheism and deconvertees. On the internet there are many people professing to have once been Christians, but now they aren’t anymore. There are people who are former pastors, elders, missionaries, actually repenting of their faith, now evangelizing the ideology of atheism as a form of penance. Read those words carefully, they are all religious words, repenting, penance, evangelizing, and seeking converts.

Atheism is a religion and it is ruled by a religious spirit.

Some of these people can really mess with your head. In fact, that’s pretty much all they do, try to sow chaos and confusion and mess with your head. They do however, trigger some good theological and philosophical questions. Like is it possible to spend 20 years as a Christian and then change your mind and not be one anymore? My short answer is “no.”

Ha! You can break-up with a human man, but you actually can’t cause him to cease to exist. We may joke about how, “I’m going to wash that man right out of my hair,” but it just doesn’t work that way in real life. Our relationships shape and form us, they impact us. You can’t just erase them. We really are changed by them.

You also can’t just “fall in love” and then “fall out of love.” That’s a very controversial notion in our world today because we are losing our very definition of “love.” We don’t really understand what it even means anymore. You can see some small acknowledgement of this truth in many divorce announcements. “We still love one another, we’ve just decided to go our separate ways.” That is a kind of truth, because love can only work two ways, “I thought I was in love but my powers of discernment are so shabby I totally lied to myself and to everyone else.” Or else, “I fell in love and I am still in love.”

I’m not trying to shame anyone here, I’m just trying to make a point. Love is not simple like a faucet we can just turn off and on. It doesn’t just come and go away. People can actually die and we don’t stop loving them.

So if you spent 20 years as a Christian and now you claim you aren’t, I’m going with, “I thought I was in love but my powers of discernment are so shabby I totally lied to myself and to everyone else.” AND YOU STILL ARE! You were a bonehead lying then and you are a bonehead lying now. Nothing about YOU has changed at all.

Nothing about the Lord has changed either.

One atheist (in a surprising rare moment of self-awareness) told me he was doing penance for all his years as a Christian. Penance is “voluntary self-punishment inflicted as an outward expression of repentance for having done wrong.”  Freud would have a field day with that one. Yeah, don’t ever forget misery loves company.!Why should we do our best to avoid self-inflicted misery? Because it always needs  hostages to come along for the ride. Practicing self-awareness and good self-care is not selfish at all, it actually benefits other people too.

I do want to make one distinction, “decontructing” your faith or unlearning things that were wrong, or questioning stuff, or plucking out lies and misunderstandings, that’s called “decon” too as in deconstruction, and it’s often a very healthy thing to do. The “decon” I speak of is actually the atheist word for “deconversion.”

So those are my thoughts on the whole idea of love, faith relationships, and decons.  Anybody else have any ideas or thoughts? I enjoy hearing what other people think about these things. 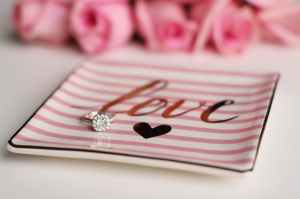