“Jesus Christ, Superstar,” the remake was recently on TV and I did not watch it. I simply could not muster the enthusiasm. I saw the original however, a few times over, and I cried. I still cry sometimes. It broke my heart because at the time I was so Judas, dark, cynical, jaded, fearful, critical, prone to worry, skeptical, judgmental, a control freak, and more than capable of rationalizing it all. Practical, pragmatic. A survivor in a broken world.

I remember the controversy well, the cries of outrage, the complaints about bad theology. Many people don’t realize that it is actually a tale told from Judas’ perspective, and that Judas, the archetype anyway,  is kind of who we are as a people.

Nobody ever wants to self-identify as Judas.

Do you ever wonder what makes Judas different from Peter? I mean, they both basically sell out. Judas selling the Lord for 30 pieces of silver and Peter denying Him 3 times before the rooster crows. I like asking that question because it makes us think, and it brings to our attention the fact that life is too complex to be governed by cut and dry rules. Both men have basically done the same thing and yet they come to very different ends. Surrender I think, plays a vital role. Peter accepts the nature of who he is and surrenders all to the Lord. Judas cannot confront the truth of his own nature, he resists, and eventually hangs himself.

There’s another reason why “Jesus Christ, Superstar,” broke my heart, why it sometimes still makes me cry. It is the story of Jesus, but only up until the crucifixion. He lived, He was betrayed, He died. End of story. It is the tale of Jesus without the resurrection, without the miracle of life and life abundant, without salvation and redemption. Jesus as nothing more than a good man who was the victim of a grave injustice.

It is the gospel without the good news, it is the Lord without the mystery, without the miraculous. It is more like, Jesus died for the sins of mankind and you too will die someday for your own sins. Now close the book, the tale is finished.

I mention it because I’ve actually encountered many people in that very state of being. Where I live there are a lot of people who some call the unchurched church. They got a little bit of faith. They know the first few chapters, but they don’t know the good news. Somebody, someone, us, did not teach them the most important part.

This revelation hit me kind of hard the other day, and I did not want to believe what my lying ears were hearing, but for whatever reasons, perhaps bad teachings, perhaps leaving church too soon, perhaps never taking the time to delve a bit deeper, there are people who simply don’t know the good news. They don’t know the “why” of it all, they don’t believe in the resurrection, or in any chance of an afterlife.

That part is allegedly just a fairytale, a made up rumor to try to make the sad story more palatable.

They don’t know John 3:17, “For God did not send His Son into the world to condemn the world, but to save the world through Him.…”  They don’t know the Lion, His triumph, His victory over death. His power to change our lives. Our after lives.

Jesus was clearly a victim of grave injustice, a victim of great abuse, but He really wasn’t a “victim” at all. Not helpless, not powerless, not trapped. His death stemmed from His own  sacrificial love for us.  He says in Matthew 26:54-55, “Do you think that I cannot appeal to my Father, and he will at once send me more than twelve legions of angels? But if I did, how would the Scriptures be fulfilled that describe what must happen now?”

A bit funny, the other day I found myself yelling at a sign once again, a sign that said “repent, the wages of sin are death,” yelling at a sign because what kind of moron does not tell the whole story? What kind of a fool just leaves it hanging there, the good news now just ending with the word “death?” For crying out loud people, every story has a “why.” A beginning, a middle, and an end.

For Christians, Christ’s “end” was just the beginning. Our own demise, the death of bitterness, unforgiveness, cruelty, cynicism, fear, doubt, whatever afflicts you, is also our beginning, the beginning of life and life abundant, of life eternal.

Of life with Jesus Christ. 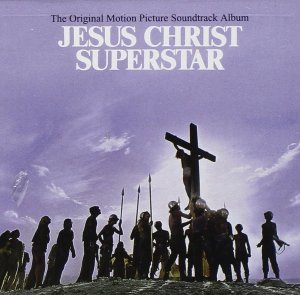