What is abuse? For those who don’t know, that’s a bit of a rhetorical question. I have a pretty keen and clear idea of what abuse is, physical, emotional, spiritual, psychological, as well as the cumulative impact of even mild abuse over the long term.

On the internet however, abuse is a term that gets tossed about rather casually.  I myself am apparently sometimes abusive, as in I abuse people with my opinions, or with my faith, or my unwillingness to agree politically. Sometimes I abuse people by being unwilling to provide a soft and compliant target for their abuse. Perhaps a dozen times I have been accused of oppressing someone’s free speech by not posting a comment that simply calls me delusional, stupid, etc.

I have a somewhat cynical and jaded view of this kind of abuse, as in we’re all going to be abused in life, get used to it. There are mean people in the world, there are people whose opinions differ from ours, and there are some people with bad manners who don’t even recognize how awful their behavior is. Abuse is a fact of life. The only way I know of to avoid it is to stay in bed all day and even that is a questionable strategy.

I get kind of annoyed with the expanded definitions of “abuse” we sometimes encounter on the internet. They tend to trivialize the nature of genuine abuse. If everything is abuse, than nothing is anymore. Trigger warnings for example, your words are re-traumatizing my trauma. Micro-aggression is another one.  Am I the only person so busy trying to duck the macro-aggression, I haven’t got time to analyze life for micro-aggression? Sometimes I wonder.

Something I found kind of amusing in terms of  comedic or karmedic justice, was Bahar Mustafa’s recent arrest for internet abuse. She is the diversity advocate at Goldsmiths University, a feminist, a social justice warrior, who is very focused on abuse…..other people’s, not her own. At some point she decided to tweet, #kill all white men, which depending on what country you live in, can be legally defined as malicious communication, abuse. It is somewhat funny that the same restrictions on people’s speech that she herself has advocated for, have now come around and bit her in the behind.

This picture is unrelated to anything, I just found it to be an amusing example of internet culture. In social media we would call it sub-texting, and yes that is frequently used as a form of abuse. In case anyone wonders, I am a huge fan of free speech and do not really support the idea of arresting people like Bahar Mustafa for things like “mean words” or “bad hashtag” or “wrong-thought,” but she apparently does. Or at least she did. 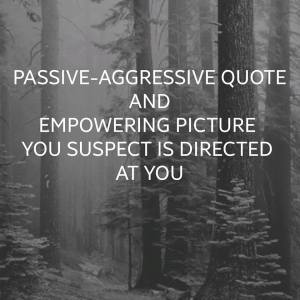