I really enjoyed this article over on Mustard Seed Budget. The love of Christ in action. 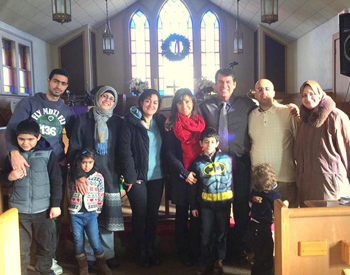 Pastor Adrian Rodriguez has been preaching the gospel, translated by his wife, to about 30 people every Sunday in a church on the outskirts of Hartford, Connecticut, and not one of the congregants is Christian.

All of them are Muslim.

“We’re dealing with very hardcore Muslims,” he says of the immigrant refugees from the Middle East who are drawn to his church. “They’re very indoctrinated. But God is speaking to their hearts.”

Pastor Adrian’s response to America’s burgeoning Muslim enclaves is perhaps Christianity’s best model: View them with eyes of compassion, not with eyes of suspicion.

With 375 Muslims per 100,000 residents, Connecticut is the 14th most Muslim state in the nation, according to a Huffington Post article in 2012. The number of mosques has doubled to more than 2,100 nationwide since the year 2000, according to a survey.

While most Americans are not hostile towards Islam according to reports…