There is this misconception in some circles that Christ represents the softer side of Sears,
and has a passive, nearly feminine persona. Where I live, some people like to portray Christ
as a liberal hippie, perhaps a vegan-anti war protestor, who drives a Prius. I suppose I should
shut up right now and just be grateful when people try and perceive Christ at all, but I’m
compelled to point something out.

Christ is clearly a man, the perfect representation of a man, and He taught us everything we
need to know about our higher selves, about our value and our worth, about what genuine
strength is really all about. Christ gave us the most beautiful example of that master/servant
relationship, about what genuine leadership is supposed to look like.

Christ showed us that humility is not weakness, pride actually is, the toxic kind. That’s a bit of a paradox for our brains to accept because pride tends to give us the illusion of self importance, of having power. The truth is, there is tremendous strength and power to be found in humility. Without pride, nobody can prick it, nobody can use it to manipulate you, or to humiliate you into conforming. Think about it, if you haven’t got any pride, you cannot be swayed, you cannot be moved. You are a rock, a fortress that nobody can penetrate. That is a position of genuine strength.

There are several biblical phrases taken out of context, like “turn the other cheek” or “he who lives
by the sword, dies by the sword,” as if Christ were instructing us to always lay down passively in
front of our enemies. In truth however, there is nothing passive about Christ. He came with a Divine mission and the determination to carry it out. Christ is tempted in the bible and also set up, tested by the Pharisees. Not once does he step in these traps, not ever. He responds beautifully without ever wavering. Steadfast. He knows who He is and what He stands for.

Often ignored in some people’s perception of Christ as a sort of passive, feminine personality, are His actions in the temple with the money lenders. He is so offended by what He sees, He pretty much demolishes the place.

Christ’s walk on Earth doesn’t happen among the beautiful people, the rich and famous, the intellectuals, the civilized. It’s a bit of joke, but in truth  He goes straight for the murderers, thieves, prostitutes, and tax collectors. Those are the people He chooses to have follow Him, bold, blustery, defiant people, mostly men, a few women. There’s nothing gentle and passive about the crowd He hangs out with.

Times were rough, executions, disease, famine, a hostile regime. The disciples were persecuted, arrested, beaten, most of them eventually executed. That was the world they all walked in. It wasn’t all gentleness and peace.

So why is this important? Because it’s the truth and without Christ as the example of what men genuinely are and can aspire to become, what leadership can look like, we all go adrift. It’s a bit like a hall of mirrors, God shines His mercy on us, men reflect Christ’s example, women reflect Christ’s love back to them. We may fail at it more often than not, but at least we know what direction we’re trying to aim for.

Language fascinates me, because it’s so easy to get it wrong. I think we sometimes do that with God. We talk about how awesome He is, how gentle, how merciful, how kind, because He really is all of those things, ten times over, but our language sometimes fails to tell the whole story.

It is Christ’s love that calls to people, it’s His mercy, His honor, His integrity, that leads us to Him, not unlike the qualities that often draw women to men. Those are gentle things, but they are not passive qualities, appeasing things, they are evidence of a great strength. Let me tell you, walking in love is not for wimps.

I wrote about Christ’s love for women here. Christ has a great love for men, too. I’m a bit discouraged that it even needs to be said. 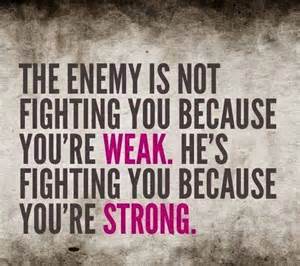