I can’t believe we’re still cowering in a stairwell, in an unlit parking garage, armed with
yet another page of handy rape prevention tips. Apparently men are carnivorous
wildebeests driven to seek potential prey. Never mind that wildebeests are prey themselves,
because this is the world of feminism and our analogies don’t have to make sense.

One would presume, since the world is filled with carnivorous wildebeests, that we should arm
ourselves, but no, guns are dangerous and we need more gun control. Instead, the feminist plan is
to teach wildebeests not to rape women. This demands a couple of obvious questions, like, so who
is teaching them to rape?? And since they are wildebeests completely ruled by their own biological
imperatives, is it even possible to teach them not to?

Okay, so I’m just not feeling the feminist love here. What kind of a person would leave me unarmed,
cowering in fear in a stairwell, hoping somebody along the way has managed to teach a predator not to
prey? I have a list of rape prevention tips in my hands, but it’s just a piece of a paper and step
one says to stay out of stairwells and unlit parking garages! I’ve just managed to fail rape
prevention 101. On the bright side, we live in a rape culture anyway, so rape is probably inevitable.
Because you are a woman, you will now be textually raped, maritally raped, visually raped,
consensually raped, psychically raped, metaphorically raped, financially raped, spiritually raped…..

There are a myriad of problems we’re creating with this nonsense. We’re confusing everybody sexually.
We’re teaching women and young girls to walk in fear. We’re stereotyping men and setting them up for
false accusations. We’re reinforcing victimhood. We’re raising a whole generation of young men that
might start internalizing these negative messages about themselves. We’re dishonoring genuine victims
of abuse. We’re destroying trust between men and women. We’re perceiving the world as an ugly place.
We’re looking to the Gov for protection. We’re passing silly legislation. We’re trying to solve problems
that don’t exist…. The just list goes on and on…

If you walk in the rape culture, you walk in a dark place, but perception is not always reality.
None of us have to walk in that world. None of us, no matter what we’ve been through. The rose
garden may be filled with many thorns, but if that’s all you can see, it’s not the world that needs
to change, it’s you. 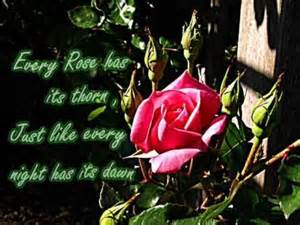 40 thoughts on “Stop With the Rape Culture”