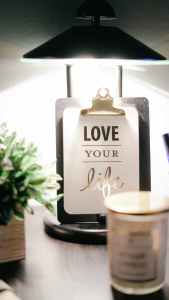 So multiple Christian people (who really should know better and are totally without excuse) are currently promoting some version of, we’re a wretched people, an evil nation, who deserve the wrath of God and now He is using this virus to punish us…..

This really ticks me off and takes an infinite amount of patience and some abundant grace to even address.  Honestly, I just want to kick some people in the shins and invite them to do the world a favor and just shut the heck up. No wonder non believers so often have a really negative perception of God! This is slanderous, it is libel, it is bearing false witness as to who God is, His nature, and what His intentions towards us are.

God is not walking about killing our grandparents and other vulnerable members of our community because He is mad at us. “Repent or I’ll kill Grandma,” is absolutely appalling and false theology.

Second, it disrespects and denies the work of the cross, it acts as if Jesus never came, never impacted our faith.  God poured ALL His wrath out on the cross. ALL! “It is finished.” It says that in the Bible. He did not save some left over wrath and condemnation in a tupperware container in the back of the fridge, so a few thousand years in the future He could use it on rebellious Americans.

That’s the faith- based answer, that’s the theology that totally dispels the lie that God is punishing us.  That’s a lie, a particularly insidious one because it slanders the nature of God, it denies the work of the cross, and it exploits the gospel. That’s the righteous answer. 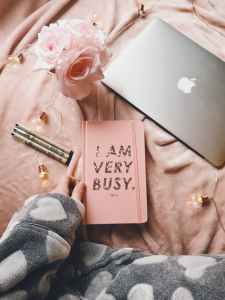 Photo by Alana Sousa on Pexels.com

The more human based answer, the less righteous one, the one based on simple logic and observation,  assumes that God is 100 times more intelligent than we are and so He knows us better than we know ourselves.

Therefore He knows that we human beings did not just suddenly become rebellious, totally depraved, and make a wrong turn down Evil Lane. We did not just suddenly “de-evolve.” We have always been like this! That’s why we need a Savior in the first place. God is not like a Grand Cosmic Parent yelling every few years, “don’t you make me pull over this car!! “

Now, I totally believe in Divine discipline and how He can use any situation to train and mold us, to help us grow.  “Discipline” comes from the same root as “disciple” which means “to teach.” Absolutely, He can work  anything for our good, use any experience to teach us things, to correct us, to bring us closer to Him.

That’s quite a bit different then the concept of punishment for the purpose of control, revenge, or manipulation. “Repent or God will punish us with a terrible disease,” is actually abuse, a form of manipulation and control, a concept that denies and disrespects the genuine power of God.  If He really wants something from us, He doesn’t have to bully, wheedle, manipulate, or beg us.  He’d can just drop a house on our head, or give us a road to Damascus moment, or turn us into a pillar of salt. Pick us up and carry us out like one would a two year old having a fit.

But the ultimate reason why God would not send something like a global pandemic or a deadly disease to punish us, is because humans are entirely too stupid and self destructive to be corrected in that way. Totally unteachable. God is not a god of complete futility, of wasted effort, of failed attempts. Not! Perish the thought. He is victorious in everything He does. Always.

People are running about on the internet saying things like, “repent and God will lift this curse off of us!” Dumb, totally dumb.

God doesn’t use a simple game of punishments and rewards to control or influence our behavior in that kind of context. He uses the nature of Himself, He uses Jesus, He uses His grace, His mercy, His infinite love for us. He invites us into a relationship with Him and the influence of His love, the wonder of His presence begins to change and transform us. 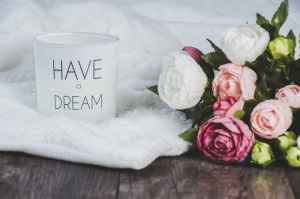 Photo by Ylanite Koppens on Pexels.com

So my official answer as to why God is NOT punishing us is because He is wise and knows we are simply too dumb to learn from such things. If a global flood, the bubonic plague, war, pestilence, wandering around for 40 years in our own personal deserts, and the reality of our own death for thousands of years is not enough to cure us, than it might just mean, we actually need Jesus instead.

God is victorious in everything He does. Punishing us in this kind of a context is an exercise in futility and therefore unworthy of His time and effort. He only disciplines those He loves, and love is a personal investment.

“From a Christian perspective, the word “witchcraft” in the Bible actually comes from the word pharmakeia, pharma, where we get …

First off let me clarify, no actual “karens” were injured in the making of this post. Some of my favorite …

“Return to your fortress, you prisoners of hope; even now I announce that I will restore twice as much to …

There are numerous passages in the Bible reminding us to pray for our leaders, even to bless those who curse …

I really enjoyed Pastor Randy’s post, “IT’S BROKE! FIX IT!” What’s broke? Community, the church overall, how we treat one …

God is omni, as in omnipotent, omnipresent, all powerful and everywhere. Laughing here,  but I know this because I set …

Can we talk about gloves, people? Honest to goodness, I am the Glove Queen! I step into that full authority …

So NT Wright has written an article called, “Christianity Offers No Answers About the Coronavirus. It’s Not Supposed To.” A …

I have no idea if that is true or not, because I have never screamed into space. However, I frequently …